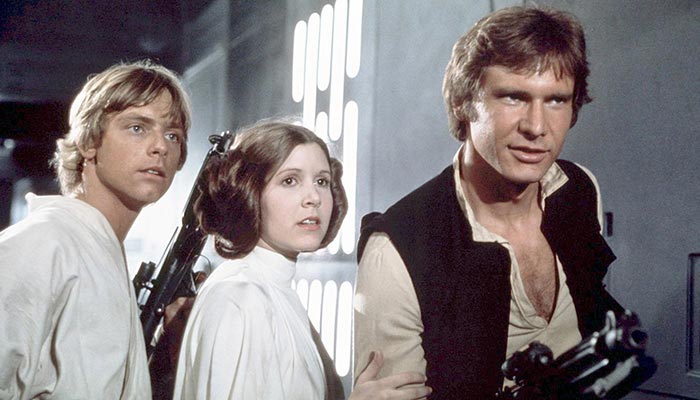 I was 16 years old when the first Star Wars movie came out. With big eyes and several boxes of popcorn, I enjoyed the first three Star Wars releases: A New Hope (1977), The Empire Strikes Back (1980), and Return of the Jedi (1983). The stories were engaging, lots of action and character development, special effects that were new and enthralling, and it was sci-fi. For me, the first element is always key: Is there a good story? A lousy story with great special effects or action scenes is still a lousy story (sometimes the story isn't bad, it's just missing . . . think Ad Astra or Bookstore or Colossal).

Unfortunately, when the next three Star Wars movies were released — The Phantom Menace (1999), Attack of the Clones (2002), and Revenge of the Sith (2005) — they felt like encyclopedic stories, designed to fill in all the gaps and provide a backstory, which they were and which they did – but they forgot the story part. The first two were tough to watch, much finishing a book you don't — avoiding the didn't-finish-the-book guilt. Revenge of the Sith had more story and character to it, and was fun to watch, although I'm not a big fan of Hayden Christensen as Anakin Skywalker. After those three, I was no longer enamored with Star Wars. Which was a bummer!

So, I decided that during winter break 2020, with the pandemic keeping us all close to home, I would go on a Star Wars Binge. I'm watching the movies in order, for continuity's sake - this order.

1-2-3
I've watched the first three (i.e., Phantom Menace, Clone Attack, and Sith Revenge) and I ended up speed-watching the first two (the +10 second button comes in handy, although Apple TV gets a little ornery when you use it a lot). Revenge of the Sith seemed more Star Wars-y and the plot moved quickly. These three films were mostly how I remembered them, staid and informational.