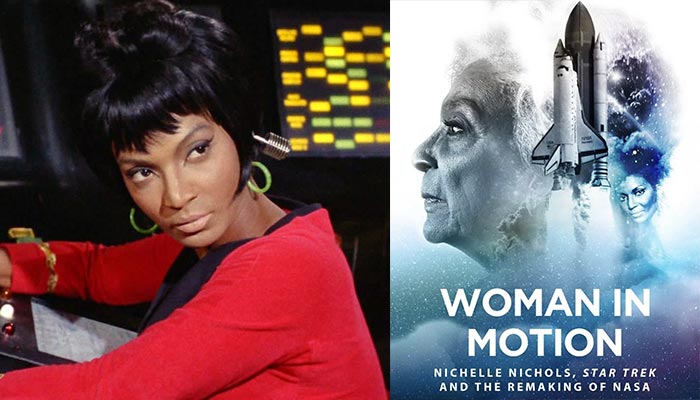 Woman in Motion is a documentary that examines Nichell Nichols' life and her influence on television, culture, and the US space program. The story begins with her singing and dancing career, through her Star Trek career, and into her involvement with NASA. She talks about meeting Dr. Jesco von Puttkamer, a NASA scientist and how in watching one of his presentations she realized as a black woman, she wasn't represented in NASA, either as a woman or an African American.

The documentary addresses how Nichell Nichols led NASA to train, hire, and involve African American women and men in the NASA space program as leaders, scientists, engineers, administrators, and astronauts. She spoke and recruited people of color, women and men, to apply to NASA, using her company, Women in Motion. Whether you are a Star Trek fan or not, this is an interesting and important documentary to see. Nichell Nichols led NASA to boldly go where NASA had never gone before.
Relevant Links:
IMDB RecordSyFy Review
MAIN CATEGORIES
RECENT WATCHING ENTRIES